The role of natural gas in the energy transition

Although speaking about fossil fuels and low-emission energy generation may at first seem contradictory, resources such as natural gas can be excellent partners on the road to decarbonisation.

Modernising our energy system from top to bottom and effectively reducing greenhouse gas emissions from its production, distribution and consumption is an essential task for the planet's conservation. But it is not an easy goal to achieve, especially given the current high dependence on traditional fossil fuels such as coal and oil.

It should be noted that although many different low-emission energy alternatives are currently being developed, implementing them throughout society is not yet on the horizon. It is therefore necessary to find other ways to renew and decarbonise energy production in the short term.

It is precisely in this scenario where materials such as natural gas can play a crucial role, especially as it is a resource present on a large scale in our energy system and can therefore act as a link between the old production model and the new, fully renewable system that we need.

What is natural gas?

It is an organic compound made up of a mixture of various gases, mainly methane, which is present in more than 95% of its composition, as established by Spanish legislation. It is one of the most widely used energy sources in our country and is commonly consumed in both in the domestic and industrial sectors.

One of its most important characteristics is that, of all the fossil fuels currently in use, natural gas has the lowest environmental impact.

This is the case not only during combustion, but also during extraction, processing and transport. The transformation process from its extraction is also minimal and consists only of a purification phase in which any impurities it may contain are eliminated.

Positive data such as the fact that its CO2 emissions into the atmosphere are half those of coal or that SO2 (sulphur dioxide) emissions are 2,500 times lower than those emitted by fuel oil make natural gas a very practical asset when it comes to advancing in the energy transition. Moreover, it is also considered a green energy by the European Parliament since last July, so its relevance is now more than evident. 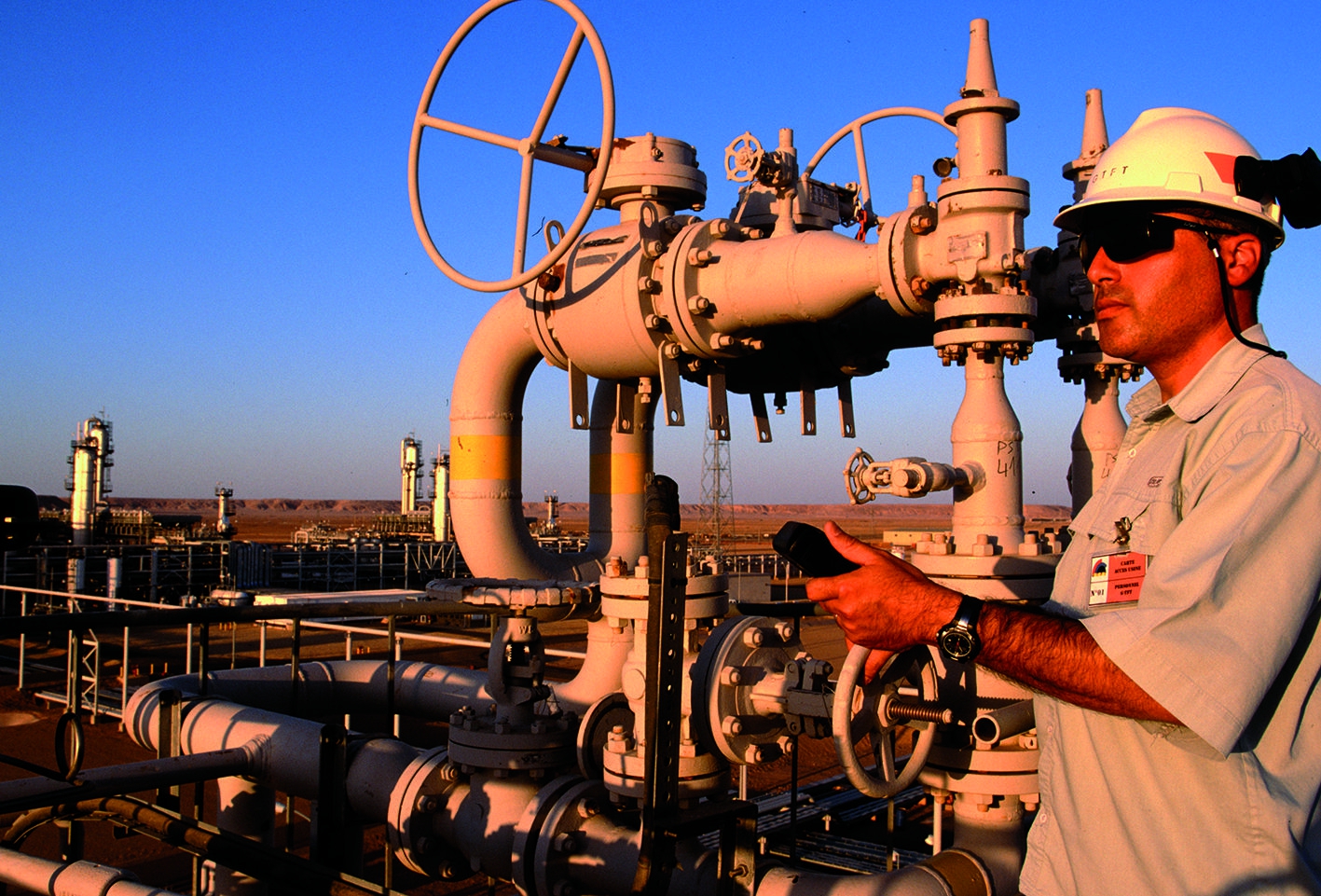 How it is formed

Natural gas, like other fossil fuels, originates through a process of degradation of organic matter. This happens naturally when several layers of animal or plant matter decompose and, at the same time, are exposed to intense heat and pressures beneath the earth's surface over the course of millions of years.

For example, we can imagine a lake or sea area where large quantities of organic debris were gradually deposited at the bottom. This waste was buried under very heavy layers of sediment, enduring high temperatures and high pressure in an environment with no air at all. This type of decomposition, called anaerobic decomposition, chemically altered the matter and caused a series of gases such as natural gas to be released.

One of the most useful advantages of this component is directly related to its versatility in being handled in various states.

The most common form in which we will find natural gas is in a gaseous or dry state, which is easily stored in depleted underground gas or oil fields, aquifers, etc. This gas is transported from the fields to homes or industries by means of pipelines.

In addition, natural gas can undergo a process known as liquefaction, in which it is compressed and cooled at low temperatures to convert it into a liquid component. In this state it is known as LNG or liquefied natural gas, and in this way, it can be transported and stored by ship over long distances without the need for infrastructure or pipelines.

Also worth mentioning is CNG, or compressed natural gas, which is used as a vehicle fuel—a more sustainable solution than petrol or diesel—and is formed by storing natural gas at very high pressure.

It is used as an energy source with high heating power in a wide range of areas and can be a good alternative to coal for power generation at all levels.

In heating, air conditioning, hot water, for both commercial and domestic use.

Through combined cycle power plants that work with gas and pressurised steam.

For ships and shipping (LNG), as well as for land vehicles (CNG).

Used in all kinds of industrial processes and fertiliser production.

Long-term outlook for the energy sector

Natural gas is the third most consumed primary energy globally, behind only oil and coal. The forecast for the coming years is that by 2050, gas consumption will remain stable in the market and may move into second place, due to the reduction in coal use and the increase in renewable energies.

Advantages and disadvantages of natural gas

If we now discuss the main benefits of using natural gas today, the most significant is the lower carbon footprint it leaves in its emission of greenhouse gases into the atmosphere. Promoting the use of natural gas over other fossil fuels would not only be more sustainable, but would also help to rapidly decarbonise many dependent sectors that can find in natural gas a simple and practical way to improve their environmental performance.

But it should noted that, as a fossil fuel, natural gas also has a number of associated drawbacks. Chief among these is the emission of methane into the atmosphere, as well as sulphur dioxide, carbon dioxide and nitrogen oxides, albeit in smaller quantities. To mitigate these effects, in May 2020, the European Commission established a set of recommendations aimed at achieving reductions in methane emissions throughout the natural gas supply chain in the European Union. These include establishing a robust verification and monitoring reporting system to better detect and quantify emissions, carrying out campaigns to detect and remediate fugitive emissions and implementing new technologies to help encourage reductions.

Biomethane as a complementary alternative to natural gas

Another aspect of natural gas is that it is from an organic source and is therefore limited in nature. The good news is that the latest technological developments in the energy sector have found a really useful substitute for natural gas in the future: biomethane.

The main component of natural gas is methane, which can also be produced by bacterial fermentation processes of organic matter from, for example, sewage or municipal solid waste. This process results in a renewable energy source with a low carbon footprint that has very similar uses to natural gas and can be used in other renewable processes, such as hydrogen production. 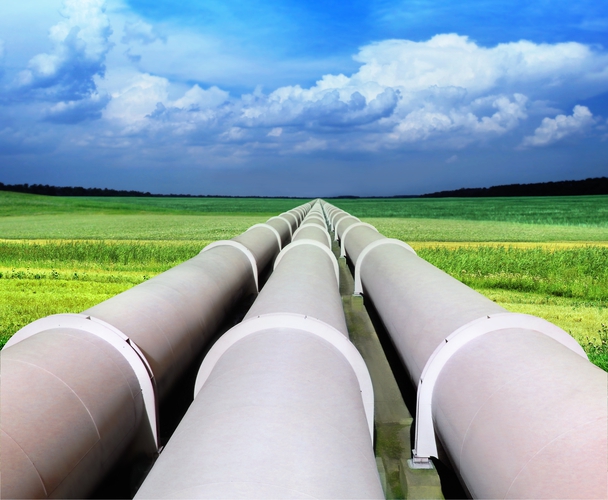 Natural gas is currently undergoing a period of global uncertainty

Although natural gas seems to be on its way to becoming a major player in the renewal of the energy system, in recent months the war in Ukraine has been a turning point for this market, increasing its level of instability. This situation is due to supply cuts from Russia, one of the main exporters of gas at international level, as a result of the sanctions imposed on it at the EU level and the possibility in the future that the country will completely halt the sale of this product to the European Union.

To deal with this complicated situation, not only at the economic level due to the increase in prices but also at the social level due to the possibility of shortages in the coming winter, the European Commission has launched an ambitious plan called REPowerEU aimed at ending dependence on Russian fossil fuels.

Among the main measures agreed on in the plan are:

These are very powerful measures with which Europe seeks to become even more sovereign in using and consuming energy, while continuing to make progress on the sustainability objectives that are so important for combating climate change. They also represent a very clear commitment to natural gas, which, despite going through a complex period, is a safe asset that can be of great use on the road to energy transition and whose flow must be ensured in the future.