Power generation using renewable energy is the principal strategy for the energy transition, but it does entail challenges like intermittent supply and storage difficulties.

What is renewable energy?

Renewable energy sources are sources of energy that are naturally replenished and, therefore, inexhaustible.

Among the renewable energy sources are solar energy, which is harnessed from the light and heat of the sun; wind energy, which exploits the movement of the wind; hydropower, which benefits from water currents; geothermal, which seizes the heat from deep inside Earth; tidal power, which is harnessed using energy from tides; and wave power, which exploits the movement of waves. Likewise, the energy obtained from organic material or biomass (wood or other solid plant waste or municipal waste) is also considered renewable.

Each renewable energy source faces its own unique set of technological challenges. In general, it involves mastering energy efficiency in transforming the natural resource into usable electricity.

However, the main challenges come with the variability and intermittency in renewable power generation, especially in wind and solar energy, as it is challenging to forecast the availability and consistency of the wind and sun. Another problem is the volatility of demand, given that the highest consumption levels occur when sunlight is not available and the lowest consumption when the sun is the most available.

How can the intermittency of renewable power generation be solved?

On top of the difficulty in predicting it, the intermittent availability of wind and solar energy makes a backup power system necessary, which is a heating-producing component in most cases.

Possible technological alternatives such as large-scale electricity storage and carbon capture, use, and storage (CCUS) are still not advanced enough to address today's problem.

Thanks to the introduction of digital technologies in the energy sector and the evolution of distributed generation systems with solar energy ("energy communities"), in the coming years, a radical change is expected in consumers' participation and their potential as key players to make the market more flexible, with new roles such as "demand aggregators". 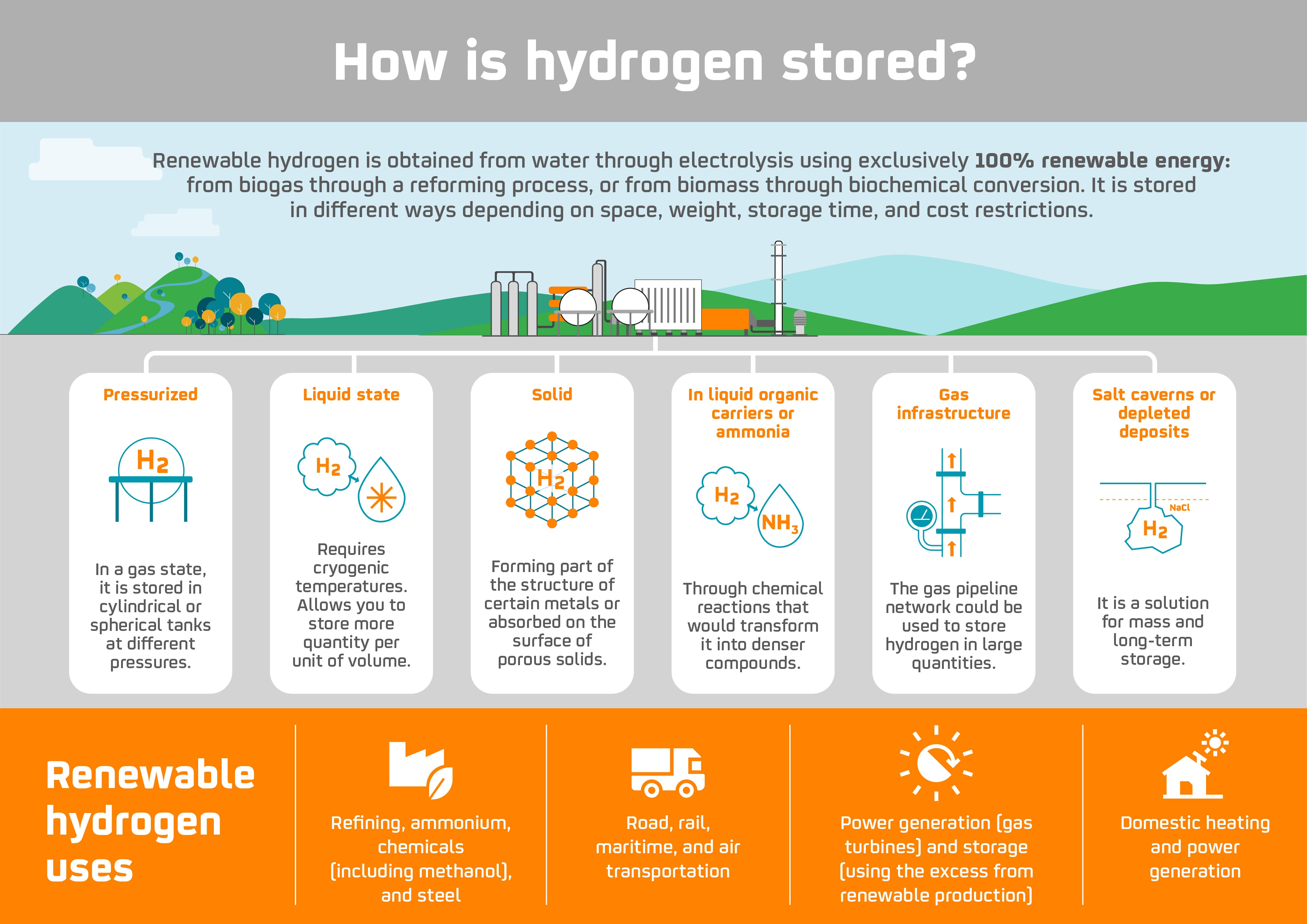 Energy storage appears to be the main mechanism for solving the issue of renewable power generation intermittency and the mismatch between consumption and availability of renewable resources. In particular, when it comes to electricity, it's currently challenging to store it in large quantities and even more so with the restriction that consumption and generation should be in permanent equilibrium.

Innovation has led to an accelerated development of new technologies possible for the coming years, as well as business models for energy storage and the flexible management of energy, which would maximize the implementation of renewable energy.

In recent years, the installed capacity for energy storage has increased considerably, although globally the rollout rate has not grown as much as renewable energy generation has. For its wide rollout and development, a stable and clear regulatory framework that places flexibility - and not necessarily individual technologies - at the heart of policies is required. Flexibility implies the operation of an increasingly decentralized electrical system, which can be offered by demand, generation, and storage, thus optimizing the use of energy resources.

Hydrogen as a storage alternative for renewable energy In recent years, we've observed that the energy mix has experienced a significant change, primarily due to environmental commitments taken on by several countries. Although not long ago renewable energy contributed relatively little to the mix, today these energy sources have become fundamental for the energy transition by slowly replacing fossil fuels in electricity generation. Its intense penetration into the mix is thanks to recent technological advances and various support mechanisms that have been driven since the early 90s.

Importance of renewable energy in Spain

In the last ten years, renewable energy has contributed an average of 37% to the country's electric mix and in 2020 reached a historic high of 44%. This significant share is due to its 54% power or installed capacity.

Thanks to the country's favourable climate and the increase in installed power, photovoltaic solar energy, hydropower, and wind energy have all contributed to increasing these figures in the past few years.

Where is renewable energy headed in Spain?

The future of renewable energy in Spain is clear and optimistic, and a greater presence in the energy sector is expected. This vision is part of the current energy transition process toward a decarbonised economy, and given this country's plentiful resources, it's possible to achieve it.

Along this line, the country aims to be completely carbon neutral by 2050, implying having a 100% renewable energy sector.

The target for 2030 is to reach a 74% share of renewable energy in all energy generated and a 42% share in final energy used.