Geothermal energy, the natural energy of the Earth

The heat generated from the Earth's interior is an energy source with great potential that can greatly benefit areas such as electricity production or air conditioning.

Geothermal energy is a primary energy source that harnesses the Earth's heat, and thanks to its sustainable characteristics, it could be key in steadily making headway in decarbonizing energy for the future. It is a renewable, clean, and inexhaustible alternative that needs to be promoted as it could offer great security to the energy market when times get as difficult as they are currently.

Many countries, including ours, have great geothermal capacity in their soil, just waiting to be exploited. It is essential to encourage its use at all levels, both in air conditioning and electricity supply. Even more so, bearing in mind all the advantages it could bring in the short term, in terms of efficiency and emissions reduction.

What is geothermal energy?

Geothermal energy is the use of heat energy that emanates naturally from the Earth’s core.

To fully understand how this energy works, it is important to know that the Earth's interior is divided into different layers. The crust is the outer layer where all we all live, then there is the intermediate area called the mantle and, finally, the deepest area of the Earth is the core. This last layer is formed by minerals, mainly iron, and its main characteristic is that it is at a constant extreme temperature of around 6,000°C, similar to that of the sun.

The core’s high temperatures are transmitted residually upwards through the other layers, until they reach the crust. Here, in this outermost layer, and through a series of excavations of the subsoil at different depths, we can access the natural heat coming from the core and convert it into energy using technology.

The heat energy generated at the Earth's interior has a number of unique characteristics that make geothermal energy one of the most advantageous renewable primary sources.

It has huge benefits for the energy transition, but which are relatively unknown to the general public, as pointed out by the president of RHC-ETIP (Geothermal Panel of the European Technology and Innovation Platform on Renewable Heating & Cooling), which has consequences when it comes to promoting its expansion.

Taking into account temperature and enthalpy, the thermodynamic magnitude that measures the energy obtained from each reservoir, conventional geothermal energy can be divided into four different types:

Low and very low temperature geothermal resources (also called shallow geothermal) are mainly used for domestic air conditioning and DHW (domestic hot water), with the difference being that low enthalpy resources can also be used in some industrial or agricultural processes, such as greenhouses or fish farms. Meanwhile, medium-temperature resources are highly useful for electricity production in combined-cycle power plants that do not require very high gradients, as well as for industrial or urban uses. High-temperature resources are always used for electricity production, as a result of their heating potential in dry steam or flash steam power plants.

Source: Institute for the Diversification and Saving of Energy (IDAE) and the Geological and Mining Institute of Spain (IGME)

It is also worth highlighting other increasingly widespread subsoil heating applications, such as the use of geothermal energy in public transport, especially the metro system. These innovative projects are being rolled out in Madrid and can be implemented in other cities around Spain.

One of the main features of geothermal energy is its capacity to be converted into high-performance electricity. To take advantage of this resource it is necessary to build specialized geothermal power plants, which have to be located in specific geographic areas known as geothermal reservoirs. 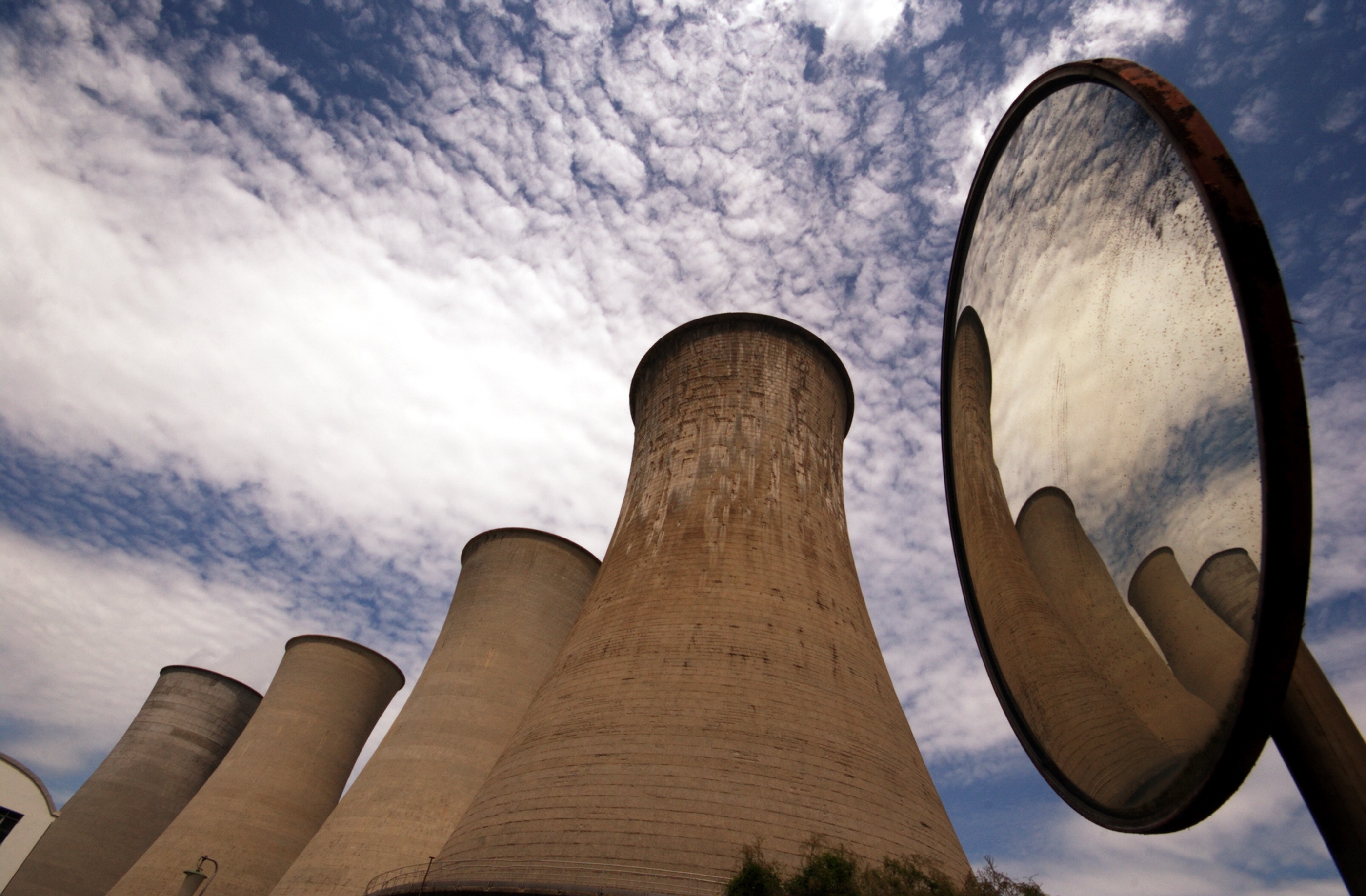 These reservoirs are formed by rainwater that seeps into the Earth's interior, forming aquifers or streams. Upon contact with the area’s high temperatures, this water heats up to extremely high temperatures, generating steam. Some of these geothermal reservoirs can also be created artificially by injecting water to exploit particular terrain.

Hot water and steam are the basic resources that power plants will need to drive turbines to generate electricity. However, depending on which techniques are used for this, there are several types of geothermal power plants:

Once the electricity has been generated, the water that was used returns back to the reservoir to be heated again. This ensures the sustainability of the entire process and maximizes the use of water resources.

Air conditioning and hot water in the domestic sector

In addition to producing electricity, another of the most efficient uses of geothermal energy is in air conditioning, especially for domestic use. Whether for heating, cooling, or domestic hot water generation, low or shallow energy is used. This moderate heating value is more than enough to carry out all these tasks, as it also includes the temperature provided every day by the sun's heat and absorbed by the ground.

One of the most interesting advantages is that this surface heat can be captured almost anywhere on the planet, without having to find a reservoir, greatly improving accessibility.  In order to take advantage of this resource, we need to install a closed underground circuit of pipes throughout the terrain, not very deep, through which water will flow. It can be installed either vertically or horizontally, depending on the available area and the depth at which the target temperature is found.

The water inside the circuit will extract all the heat from the earth by using a geothermal heat pump, and transmit it to the home to heat or cool any room. On the one hand, geothermal energy can heat radiators or underfloor heating, in a process that is also reversible and also allows the heat to flow into the ground and keep the house cool. This heat from the ground can also be used to cool a room when air conditioners, instead of cooling the air from outside, cool the temperature captured from the ground more efficiently.

This is a highly practical and sustainable air conditioning solution, as heat pumps do not produce any type of combustion or gas emissions. 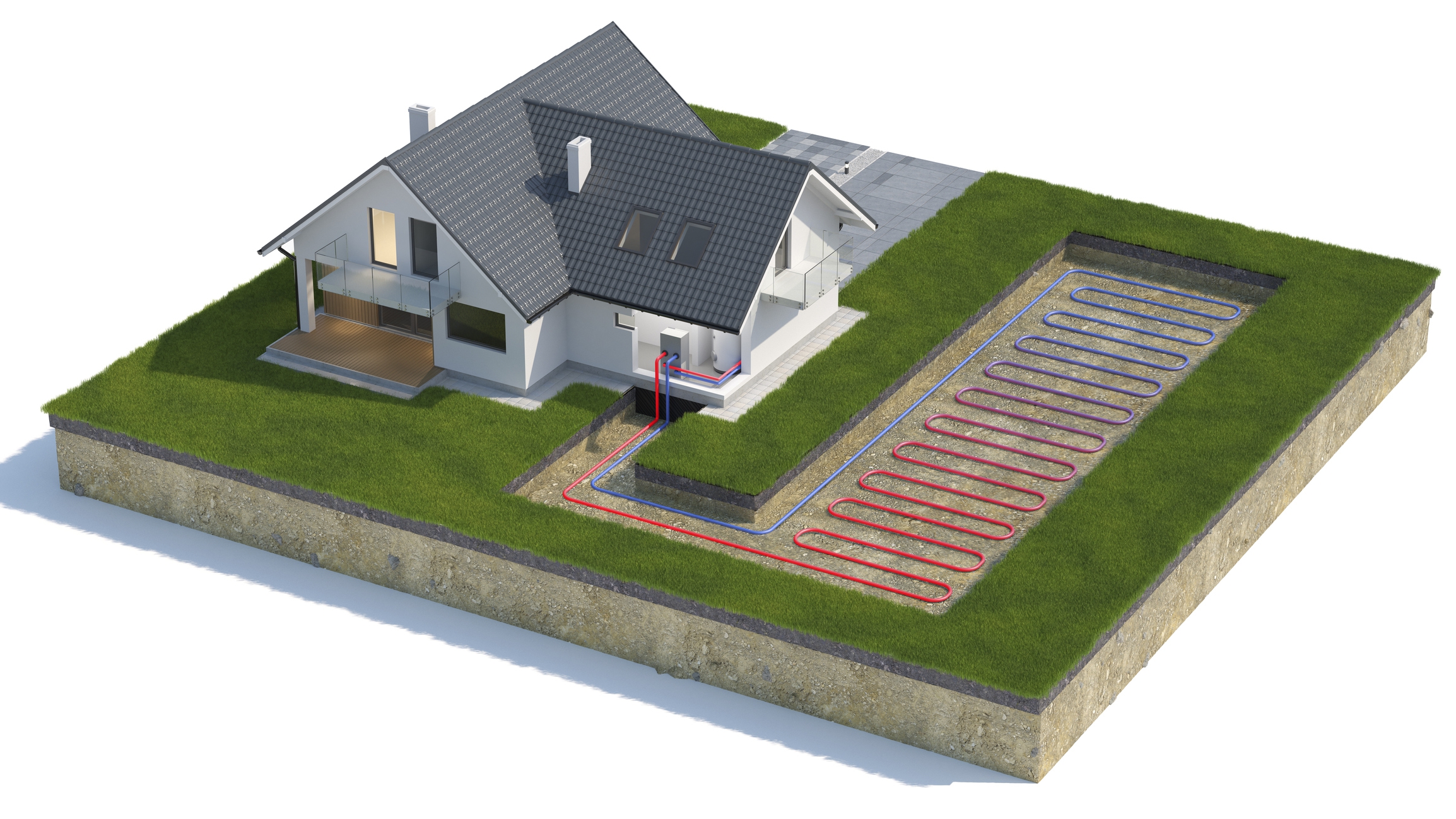 Awareness and potential of geothermal energy in Spain

Although more and more countries are committing to energy generation using a source as beneficial as this one, thermal energy has not yet fully taken off in Spain. Our country has a large geothermal energy capacity waiting to be tapped into in areas such as Granada, Almeria, Murcia, Barcelona, Gerona, Orense, Pontevedra, or Madrid, to mention just a few examples. As we can see in the studies carried out by the IGME (Geological and Mining Institute of Spain), these would be low and medium temperature resources—between 50 to 90°C—and are currently only partially exploited, mainly for air conditioning purposes. The exception in Spain is the entire Canary Islands archipelago, which, due to its volcanic properties, contains high temperature reservoirs with the possibility of setting up installations to generate electricity.

In addition to the lack of exploitative projects in the country, another important obstacle to the expansion of geothermal energy is the general lack of awareness among the population surrounding this energy. It should be taken into consideration that a large part of the users do not clearly know how it is obtained, what its properties are, or what uses it has, which also makes its development and growth at all levels very difficult.

The solution to this problem requires the public authorities to be fully committed to this resource and explore all possibilities that exist subsoil throughout Spain, through clear and specific regulations. Greater effort should also be made to publicize geothermal energy and make it as visible as other primary energies, such as solar or wind power, so that users can understand its full potential. Platforms such as Madrid Subterra are currently committed to highlighting the value of subsoil energies and are doing their bit to try to reverse climate change.

By doing so, through the application of new legislative and informative initiatives, our country could make the most of its thermal resources and gain all the benefits from this natural energy from the Earth. It would also be a good starting point to become a more energy independent state by reducing exports to third parties and meet the decarbonization targets efficiently.